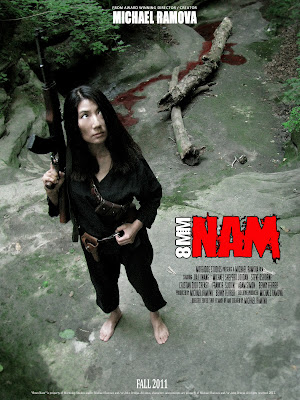 This is my latest short film.
It was shot with $600 dollars in four days. This was the hardest movie I have ever made to date. The reason I made this film was to put myself in the worst conditions and locations possible to see if I was able to create a well made movie all by myself. For over 14 years I been making short films and always have done everything myself: from writing and directing to camera, lighting and even buttoning my actors for the scene! This film is a test movie were I needed to put my skills to the test  and practice with all my new toys: camera, props, make up skills, lighting... just to get ready for my upcoming feature length movie.
I was very please with the end results and learned so much in this little short. I learned in this film as much as in my 14 years as a filmmaker to be honest. It was like taking a crash course on tech stuff on a film set. All my career has been about polishing my skills as a Creator, Director, Producer, Executive Producer, Writer, Editor and Cinematographer. In this movie I learned / polished all technical aspects like bouncing light, white balance, sound mixing, digital effects and much more. There are technicalities in the movie that bug me but I do not frustrate much because this movie was made for learning and becoming a PROFESSIONAL ONE MAN ARMY which was the goal so my feature length looks and feels like a film shot in Hollywood.
My cast was amazing and many of them will be part of my upcoming projects and my feature length. I thank them for their collaboration and I'm sure they are happy with the results.
The original version of this movie was about 25mins long but I did four cuts and left it at 9mins. The long version was all about the set up were the main characters discussed life, religion and politics. The reason I took all that out is because I realized that this was a ZOMBIE movie and not a WAR movie. People clicked play to see zombies and not the dramas of our civilization. In a good horror short people want to see the horror soon or they will tune out.
I will be entering this short to many contests and festivals. Also there will be a Grindhouse trailer were fans can see completely new scenes and shots not used in the short all done with a different style and visual apporach. There will be a DVD made soon packed with goodies like bloopers, behind the scenes and much more. 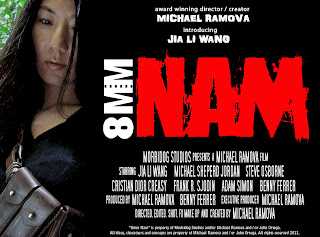 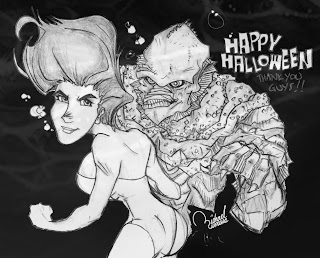 My favorite Universal Monster is the Creature fro the Black Lagoon. The second most beautiful woman I have ever seen is Julia Adams. So I had to draw them this Halloween.

I drew this in an hour, no sketch just penciling away trying to make the least mistakes possible as I was watching some movies doing research for my upcoming feature film. I'm pretty heavy with the pencil when I draw like this so I truly try not to make any mistakes because it is harder to erase.

I want to dedicate this piece to all the people that support my art. Happy Halloween you guys!
at 10/13/2011 No comments:

I been drinking Pepsi since I was a child.
I drink Pepsi like a mad man. I don't drink alcohol, nor smoke or have any vices. I love that feeling of a fresh cold opened Pepsi can bubbling down my throat.
Fountain Pepsi... to kill for.
I just found this commercial on youtube:
Could it be I was influenced by my awesome idol?
That I was a "Pepsi Challenge" whole new generation kid?
Or simply Pepsi tastes so freaking good?
Dunno...
...let me moonwalk my way to the fridge to get a Pepsi.
at 10/10/2011 No comments:

Where does MORBIDOG STUDIOS come from? 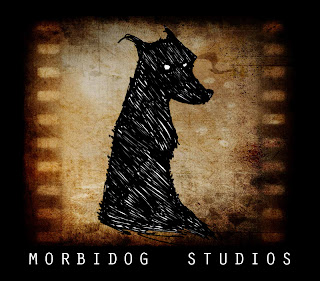 So this is my new company and my new logo.
I love it.
Many are probably asking,
why a dog? Who is that dog? Why the change?
About the logo.
The dog is from this commercial. The scene is at 2:27
The scenery, his posture... his face.
He touched my soul.
He stands in that man created hell with a proud honorable posture. Though he is at our mercy he is brave and proud to be closer to God than his torturers. When I saw this shot I actually burst into tears and I was ashamed for being human. I have never been affected by a scene like this so much before. I wanted to apologize to this poor dog in the name of humanity and assure him that God is not happy... we will all pay for this crime and injustice done to him. I'm honoring him forever as the symbol that represents my art and my world. I feel like him. Though his gentle soul didn't let him bite back, my angry soul will make me bark.
To you little hero, you inspired me more than many of my kind.
at 10/09/2011 No comments: